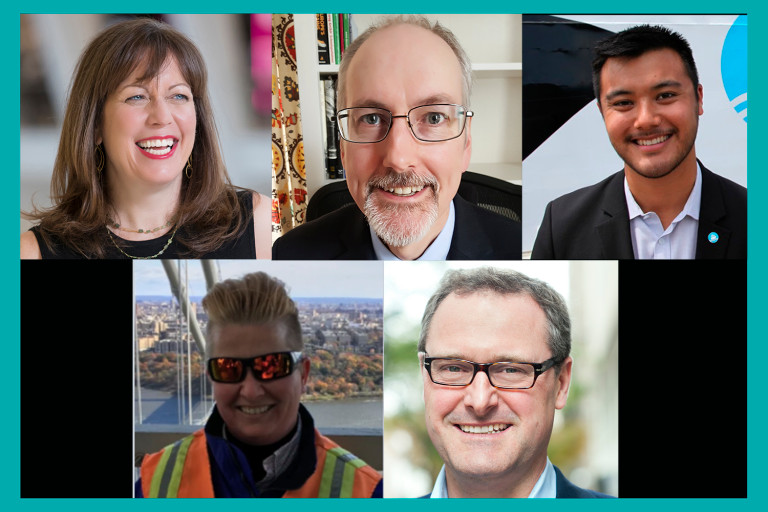 As the tri-state region considers life after the coronavirus pandemic, transit agencies are dealing with huge declines in ridership and revenue that will affect their ability to operate service and work on major infrastructure projects once people start traveling and commuting again.

The Port Authority of New York & New Jersey saw a 97 percent decrease in passengers at JFK, LaGuardia and Newark Airports, 95 percent ridership decline on the PATH trains, and a 60 percent decline in traffic on its bridges and tunnels, the agency’s executive director, Rick Cotton, said during yesterday’s Commercial Observer transportation forum. The agency’s ten-year, $37 billion capital plan will require billions in federal funding to get back on track, in order to cover the shortfalls from the farebox and airport revenue.

“The dramatic decline in passenger traffic across our facilities is just extraordinary,” Cotton noted during his keynote address. “Our revenue is highly dependent on facility volumes and associated tolls and fees. Normally our revenues exceed our operating expenses and we devote every dollar to expanding and improving our facilities. Our 10-year capital plan faces significant cuts unless we get significant [federal] funding.”

Although the federal CARES Act gave the agency $450 million to keep its airport construction projects going, Cotton said that amount falls short of what it needs to cover lost revenue.

“It will require federal support to maintain the level of capital spending we’ve envisioned,” said Cotton, referring to the development of a new LaGuardia Airport, new terminals at JFK and the construction of AirTrains at Newark Airport and LGA. “We want to be part of an economic recovery in the region but our ability to do so is dependent on developments in D.C.”

Meanwhile, New York City Department of Transportation Commissioner Polly Trottenberg said that her agency is also dealing with a reduced capital plan and budget cuts. She noted that the “financial picture of the city and state depends on what happens in Washington.”

DOT is also grappling with the possibility of New Yorkers returning to work in late May or early June.

“How will we reopen the city?” asked Trottenberg, speaking with Justin O’Horo from Withum. “Will people still take mass transit? Will there be more of a desire to stay on the surface? In China they’ve seen a huge influx of cars on the street because people don’t want to get on mass transit.”

She wants to ensure that city-dwellers get more space for walking and biking, which have increased dramatically as New Yorkers have been told to stay off public transit to avoid transmitting the coronavirus. Her agency is also trying to figure out how to prevent a large uptick in car travel post-COVID. Potential solutions include limiting the number of cars that can enter Manhattan during a certain period of time and allowing odd- and even-numbered license plates in on different days.

Janno Lieber, the chief development officer at the Metropolitan Transportation Authority, explained that the agency had similar financial worries despite a $4 billion shot in the arm from the federal government. It needs another $3.9 billion in federal funding to cover huge deficits opened by drastic declines in ridership across the subways and regional rail systems, he said. He was also worried about whether the rating agencies would downgrade the MTA’s bonds again, after three bond rating downgrades in the past month.

As for how the MTA would deal with a huge surge in passengers post-coronavirus, Lieber said that installing modern signaling along more subway lines would help ensure that it could run more trains during rush hour. And more trains would hopefully mean less crowding on heavily traveled routes. He added that increasing service on underused train lines would also help put a dent in subway crowding on the most heavily traveled lines. He pointed to the agency’s plan to convert the Amtrak line in the East Bronx to a Metro-North line as an example.

The first panel of the day, focusing on infrastructure development, included executives from various transit agencies mulling both funding challenges and the physical impacts of coronavirus. Shari Hyman, the director of government affairs for Turner Construction, moderated.

Jeff Gerlach, the director of infrastructure planning for Amtrak, noted that the train operator relies on fares for most of its revenue, and ridership during the pandemic had plummeted to five percent of its pre-COVID level.

Amanda Rogers, the deputy chief of construction for the Port Authority, said that she was using the low passenger volume during the pandemic as an excuse to fast-track some of the agency’s construction projects.

“With ridership and traffic down, we’ve been able to look at our construction staging and hours of work and be able to loosen those restrictions,” said Rogers. “Allow contractors to take up more space, implement more social distancing and give them more hours to complete the work. [Normally] trying to implement these projects is like performing open-heart surgery on a marathon runner. Now the challenge is a little bit less.”

When it comes to returning to transit post-coronavirus, Tom Wright of Regional Plan Association emphasized the need to stagger workers’ commutes and increase frequency along normally crowded subway and bus lines.

“We can’t expect the Lexington Avenue line to look like it did before the pandemic,” said Wright. “Scaling up capacity in those areas is a way to ensure we don’t have unsafe conditions on the subways and buses.”

He added that this period of low traffic might be an ideal time to work on much-needed repairs to the aging Brooklyn-Queens Expressway.

James Wong, the president of NYC Ferry at the NYC Economic Development Corporation, noted that staff had installed hand sanitizing stations on the ferries and cleaned and disinfected the boats multiple times a day.

“We’ve lost over 90 percent of traffic in the terminal,” said Huinink. “What’s important is that governments and airline operators restore full confidence in air travel. On an average summer day we bring in 70,000 customers in JFK Terminal 4, and with just the sheer size of it and number of passengers social distancing is going to be a challenge.”

He’s looking at antimicrobial coatings and temperature screenings to help ensure passenger safety, along with more run of the mill options like stickers on the floor to encourage social distancing. JFKIAT has already installed biometric exit gates — a form of facial recognition technology — at departure gates and at customs to help speed up security screening processes.

Sumwalt, meanwhile, wondered how temperature readers and other kinds of testing could be built into airport infrastructure and where it should be located.

“If there’s other testing, where do we do that?” he asked. “The parking garage, the taxi stand? How does that change the front door, the security checkpoints? What changes are we going to have to implement?”

Jill Kaplan, the president of the New York and New Jersey division of United Airlines, gave a keynote address in between the panels touting her company’s coronavirus efforts, which have included ferrying donated N95 masks to frontline medical workers, offering free flights to out-of-state medical workers who have volunteered to help in New York and New Jersey, and donating 15,000 pounds of food from the company’s catering facility to food banks and shelters.

Albro, who oversees several life-science properties in Boston, said that demand had remained surprisingly steady for lab and research space amid coronavirus, unlike leasing for traditional retail and offices, which has fallen off a cliff. Lab space, with its heightened requirements for ventilation and cleanliness, is easier to retrofit with antiviral measures than traditional offices.

Renzler, meanwhile, said he had been working with landlords to section off lobbies and stagger groups of employees to help ensure less viral spread.

And Fronek felt that many of the retrofitting and sanitation trends that had begun to pick up in the commercial office industry would be cemented by the pandemic.

“I think this is going to be a tremendous catalyst for a lot of trends that were on the verge of occurring,” said Fronek. “We are being consumed right now trying to keep pace with everything. The world we wake up to in a couple years will be very different from the one we had in 2020.”